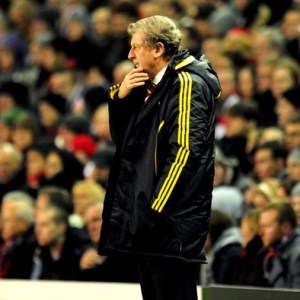 On Tuesday manager Roy Hodgson had pledged to play his one fit star name, Fernando Torres, but had a last-minute change of heart after being persuaded otherwise by his medical staff.

With the Reds already qualified for the last 32, it led to a turgid and uninspiring night which highlighted the lack of depth in the squad.

Hodgson had initially planned to give Torres pitch time to rediscover his goalscoring touch – goalkeeper Jose Reina was also expected to start but he was left out of the squad altogether – but was forced to watch the entire 90 minutes from the bench instead.