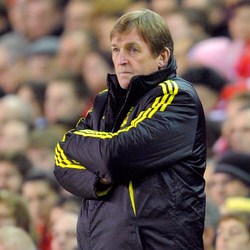 Liverpool crashed out of the Europa League to Portuguese side Braga after an uninspiring 0-0 draw at Anfield resigned them to a 1-0 aggregate loss.

Kenny Dalglish’s team were beaten by Alan’s penalty in Portugal a week ago, and went into the home leg of the last-16 tie needing to score at least once to avoid a shock exit.

But despite Dalglish handing a full debut to Liverpool’s £35 million signing Andy Carroll, the home side failed to break the deadlock on a hugely disappointing night for the club.

Liverpool made three changes from the team beaten 1-0 in the first leg. Danny Wilson, Maxi Rodriguez and Carroll all came into the starting line-up, and helped the home side get off to a promising start.