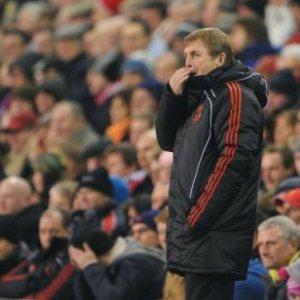 Liverpool moved up to seventh in the Premier League table with a fortuitous 1-0 win over Fulham at Anfield.

A comical own goal from John Pantsil soon after the break was enough to send Liverpool into the top seven for the first time in their stuttering campaign.

It says much for the congested nature of the top flight this season that had Fulham won this match they would have gone above Liverpool into 11th place on goal difference. As it is, they remain 15th, four points above the relegation zone.