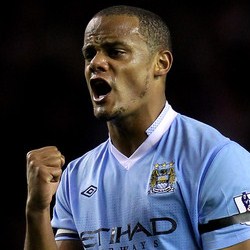 Joe Hart made a stunning injury-time save to maintain 10-man Manchester City’s unbeaten Premier League record in a 1-1 draw at Liverpool.

The England goalkeeper made an acrobatic stop in the third minute of stoppage time to tip behind an Andy Carroll header and keep City five points clear at the top of the table.

Mario Balotelli was sent off for two bookable offences within 18 minutes of coming on as a substitute, leaving the visitors to see out the final 10 minutes a man down.