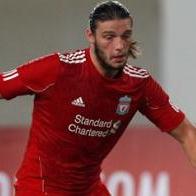 Liverpool’s pre-season preparations concluded on a high note as they defeated La Liga side Valencia 2-0 at Anfield courtesy of goals from Andy Carroll and Sotirios Kyrgiakos.

Results since the club’s Asian tour may have been unimpressive but the Reds enjoyed a productive evening on their first home appearance, and final pre-season game before a tie against Sunderland next weekend, as they defeated a team that finished third behind Barcelona and Real Madrid last season.

Carroll scored the opener after only six minutes when exploiting a mistake in the Valencia backline, but the striker, playing in front of England boss Fabio Capello, was also booked for a very poor and completely unnecessary challenge.

Anfield was treated to a first glimpse of summer signings Charlie Adam, Stewart Downing and Jordan Henderson and were in appreciative mood as Kyrgiakos added a second in the dying minutes.