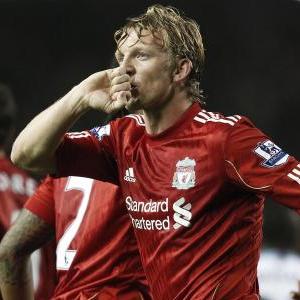 It was hardly a proper test of being able to cope without Steven Gerrard but Liverpool did more than enough to dispose of a woeful West Ham at Anfield.

With the captain out for a month with a hamstring tear manager Roy Hodgson called for his players to step up to fill the void and the Barclays Premier League’s bottom side provide the perfect opposition.

First-half goals from Glen Johnson and Maxi Rodriguez, either side of a Dirk Kuyt penalty, were enough to wrap up the points in the first half.

The visiting fans were less than impressed and directed their anger at manager Avram Grant with chants of ‘You’re getting sacked in the morning’.