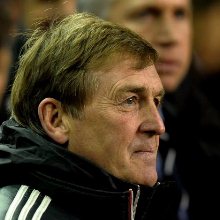 Steven Gerrard came off the bench to score as Liverpool completed a 3-1 Premier League win over Newcastle United at Anfield.

It didn’t live up to previous classic encounters between these two sides, but Liverpool deservedly came out on top after goals from Craig Bellamy in either half and Gerrard’s late strike, and move up to fifth in the table.

Newcastle opened the scoring through Johan Cabaye, but never did enough to win the game and they stay in seventh spot.