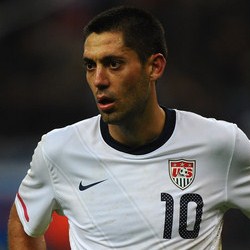 Interesting transfer news are out and it has been reported that Liverpool are close to striking terms for Fulham attacker Clint Dempsey.

The Daily Mail reported that Brendan Rodgers is on the brink of bolstering his Liverpool strike force after agreeing a £10million fee for versatile Fulham forward Dempsey.

The 29-year-old has an impressive scoring record, as a striker or attacking midfielder, and is due on Merseyside to complete the formalities in the next few days.

We Will Do Everything To Stop Liverpool! – Wayne Rooney