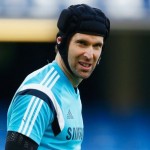 Reports are out claiming that the agent of Chelsea goalkeeper Petr Cech has encouraged Liverpool to bid for the client.

Kolar also claimed Cech is set to leave next summer and has already been offered to Real Madrid.

Kolar said: “It’s unlikely Petr will leave Chelsea in the January transfer window. The club and coach want to keep him to help win the title. I think Arsenal should have made an offer to him. I think Petr would be considering it.

“Liverpool need to strengthen their position in goal and they know Petr will be available in the summer.

“We’ve been in contact with Real Madrid, but they don’t need a keeper just now.”