Reports are out claiming that Liverpool manager Brendan Rodgers hit out at Mario Balotelli after their FA Cup stalemate with Bolton Wanderers. 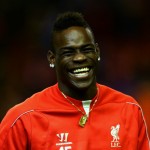 The £16million summer signing did not make the matchday 18 for the goalless FA Cup fourth round draw at home to Bolton despite being fit after illness.

Rodgers said he spent an hour on Friday telling the Italy international exactly what he had to do in order to be considered.

“I am judging it every day in training – Mario is exactly the same as every other player, there is no special treatment for anyone,” said the Reds boss.

“Fabio Borini and Rickie Lambert are working tirelessly in training and when they go on they have contributed and young Jordan Rossiter, on the bench today, has been brilliant in training and I have to judge it on that.

“If you want to contribute you have to be at it every single day in training in order to be in the squad on match day.

“We had an hour or so yesterday chatting and he understands where he is at.

“He knows exactly what is required to be in this squad before he can be in the team.

“He was fully understanding. He saw the level of performance against Chelsea (in Tuesday’s Capital One Cup) and in fairness to him he actually said it would be a struggle for him in terms of how he would play the game because he is a box player really.

“But there is much more asked of this team and he saw it clearly on the field the other night. I am confident he will respond well.”