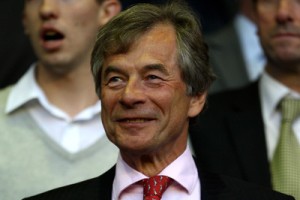 Liverpool chairman Martin Broughton is quietly confident the sale of the club will not drag on.

Broughton revealed he hoped new owners would be in place at Anfield in a “matter of months”.

He released a statement saying : “Success for me is completing a sale within a relatively short period – a matter of months – to someone who, hindsight says, was a very good owner for Liverpool,”

Liverpool, Everton To Do Battle For Dundee Attacker Ryan Gauld