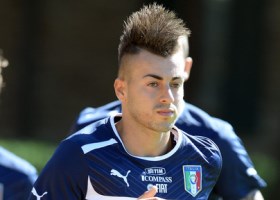 Reports are out claiming that Liverpool are interested in signing AC Milan striker Stephan El Shaarawy.

The Liverpool Echo revealed that the Reds are being linked with a move for the Italian international striker.

While the 20-year-old says he is happy at the San Siro, he is regularly linked with a move away from the club, with Manchester City and Borussia Dortmund also thought to be potential suitors.