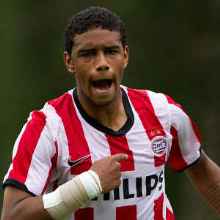 Reports are out claiming that Liverpool are interested in signing PSV Eindhoven striker Jurgen Locadia.

According to De Telegraaf, the Premier League giants are considering a January bid for the 18 year-old prospect.

Locadia announced himself to the world in spectacular fashion last month after scoring an 11-minute hat-trick on his Eredivisie debut for PSV during their 6-0 defeat of VVV.