Reports are out claiming that Liverpool have opened talks with Red Bull Salzburg for midfielder Valon Berisha. 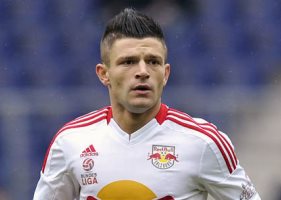 The Daily Star reported that Liverpool representatives were in the crowd to watch Berisha in action during Salzburg’s 3-0 friendly win against Champions League holders Bayern Munich at the weekend.

The 20 year old Norway international has been on the Reds radar for while now and was scouted last month, impressing in the 4-0 league victory over Austria Wien.

Strengthening Liverpool’s hand is that former manager Gerard Houllier is currently Salzburg’s global sports director and may be able to convince the club to part with the Norway international for the right price.