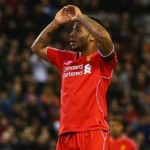 Reports are out claiming that Liverpool chief executive Ian Ayre believes Raheem Sterling will be at the club for a very long time.

The 20-year old England international forward has shelved contract talks until the end of the season but Ayre is not expecting that decision to change the youngster’s stance on the club.

Sterling has recently been linked with the likes of Real Madrid and Arsenal but Ayre is confident he will not be walking out the Anfield exit door anytime soon.

“Raheem’s agent has asked that we park all discussions regards his future until the summer. We respect that,” said Ayre.

“Raheem is a Liverpool player and has over two years left on his contract. We expect Raheem Sterling to be here for a long time.”