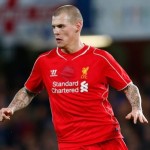 Martin Skrtel was pleased with Liverpool’s hard-fought win over Southampton.

Philippe Coutinho’s exceptional strike sent Liverpool on their way before Raheem Sterling wrapped up the points.

“It was hard because, as we knew before the game started, they are a good side,” reflected the Slovakian. “So we came here and most of the time we were defending.

“But I think we’ve done well, scored two goals and got the three points, which was massive for us.

“It was what we wanted. We’ve got the game in the Europa League now and then another big game against Manchester City, so we wanted to win to get confidence and we got that, so we can be happy.”