Reports are out claiming that Liverpool will be keen to stay in the top four of the Premier League with victory over Arsenal on Monday night, however, they will have to buck a recent trend of poor form against the Gunners to do so. 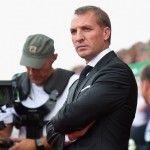 Arsenal has lost just one of their last seven Premier League matches against Liverpool, not to mention a 4-1 demolition of The Reds in April last season, which included three goals in the first half.

Liverpool has not beaten Arsenal at The Emirates since 2011, making the prospect even more unlikely. However, if Brendan Rogers and his men are ever going to beat the Gunners at The Emirates, now is the time.

Arsenal have made a slow start to the season, with a 2-0 loss to West Ham in week one, before a 2-1 win over Crystal Palace thanks to a second half Damien Delaney own goal. The win was by no means convincing and will have Arsene Wegner asking for more form of his players. But despite the poor start, Arsenal are still one of the shortest priced favourites for the round: Click here for William Hill’s football matches today page.

Liverpool need to pounce now before Arsenal get a run on and play the sort of football that had many experts predicting them to win the title prior to the season. However, despite The Reds starting the season with two wins from two games, they have not set the world on fire either.

They recorded a 1-0 win over Stoke thanks to a late long range strike from Brazilian Phillipe Coutinho to start the season. They were lucky again in their 1-0 win over Bournmouth, as Christian Benteke’s goal should have been called offside by the linesman.

Liverpool will also likely have to travel to London without Captain Jordan Henderson, as he is in serious doubt with an ankle injury.

It will no doubt be the match of the round and will be closely watched, as both sides try to prove their credentials against top class opponents. If past matches are anything to go by, it could be a high scoring affair, with 18 goals scored between the two sides in the last four league matches.