It has been reported that Liverpool’s proposed deal to sign Dnipro winger Yevhen Konoplyanka is off. 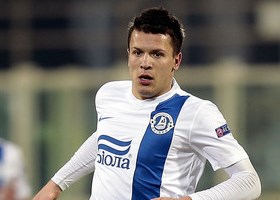 Various reports suggest that the Reds have been unsuccessful in their pursuit of the Ukraine international despite him undergoing a medical in Kiev this evening.

It is said that Liverpool and Dnipro were unable to agree on a £15million transfer fee and how it would be paid as Dnipro president Ihor Kolomoyskyi gets his wish to keep his star player.