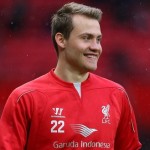 Only the Reds, Manchester United and Arsenal remain of the Barclays Premier League’s top seven sides.

The Belgium international said: “It can only help the confidence. The main thing is to progress in the cup because we have a big chance.

“It does not matter who you come across. Of course we have the belief we can do it – at Liverpool you want to win every competition you feature in, not just the FA Cup.”