It has been reported that Liverpool hero Didi Hamann feels Bastian Schweinsteiger will transform Manchester United into title winners. 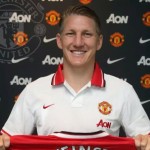 He told BILD: “The change is great for Bastian Schweinsteiger.

“He is welcomed here with open arms. The English love German footballers because they fight and you can rely on them.

“I’m sure he can play for the title with Manchester United.”