It has been reported that Liverpool hero John Barnes has wrote off their title chances. 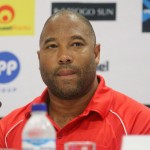 Despite significant recruitment this summer the former wide man doesn’t think they have enough to overhaul Manchester City and Chelsea this year.

“Liverpool are playing with consistency. They will be challenging Chelsea and Man City,” he said on talkSPORT.

“I believe Liverpool will finish third, but I don’t think they’ll be far off the top.”

But while Barnes doesn’t see the Reds as title contenders he doesn’t see rivals Manchester United in the top four at all.

“Manchester United don’t have the consistency yet to challenge for a top three or four spot,” he added.