It has been reported that Lille striker Divock Origi was on Merseyside yesterday. 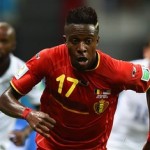 PA Sport reported that the Belgium international met with Reds officials and manager Brendan Rodgers at the club’s Melwood training ground on Wednesday but negotiations are continuing and as yet no medical has been scheduled.

It is said that a fee, believed to amount to about £10million in total, has already been agreed with his club Lille but a reported approach from Tottenham may yet prove a stumbling block.

The 19 year old is also wanted by Arsenal and it is said that Spurs officials are also expected to hold talks with Origi.

Niko Kranjcar Linked With A Move To Lazio, Fiorentina

Thomas Vermaelen : Confidence At Arsenal Is Back!