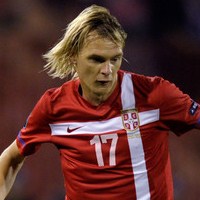 Transfer news from the Serie A is out and it has been revealed that Inter Milan and Liverpool have made approaches to Juventus for Milos Krasic.

Juve need to find a buyer for the Serb, who is now in the plans of coach Antonio Conte.

Inter sounded out Juve about Krasic last week and offered a flat €10 million, which has been turned down.

This follows Liverpool’s €7.5 million offer, which was made in June.