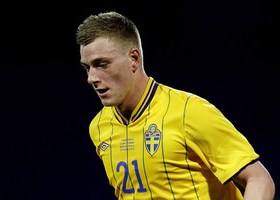 Dutch sources claims that Rodgers is considering a move for the Sweden international, who is fully fit after overcoming a leg virus suffered last season.

Guidetti feels ready to relaunch his career and is up for moving away on-loan in January.

French giants AS Monaco are also interested, but Liverpool have the advantage as Guidetti favours staying in England.