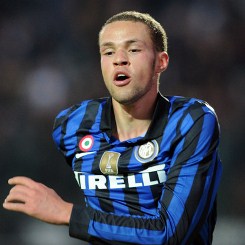 It has been revealed that Liverpool manager Kenny Dalglish is showing plenty of interest in Inter Milan youngster Luc Castaignos.

The 19-year old Dutch striker has emerged as a Reds target according to recent reports as Dalglish plans for the next spell of games without Luis Suarez.

The National reported that the Premier League giants have made an offer to sign Castaigno but are also open to a potential loan which Inter are pushing for.