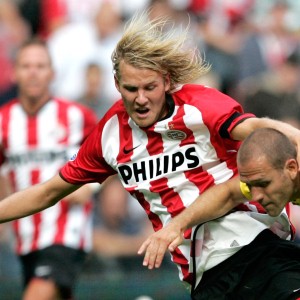 Interesting news are out and it has been reported that PSV Eindhoven attacker Ola Toivonen is in the sights of Liverpool.

According to the Daily Mail says Liverpool are weighing up a £5million move for Toivonen.

It is believed that manager Roy Hodgson watched the Swede, now age 24, in action against Scotland last week and was impressed as he scored in their 3-0 win.

Toivonen, who is 6ft 4in, is looked after by one of Hodgson’s former players Martin Dahlin.

He can play either as an attacking midfielder or a striker and has an impressive goalscoring record at PSV.