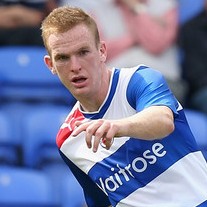 The Daily Star revealed that Liverpool manager Rodgers is a huge admirer of the 23-year-old centre-back.

Pearce is out of contract next summer but is still in talks with the Royals and boss McDermott knows he could lose the Republic of Ireland international in a cut-price January swoop by the Kop boss.

McDermott said: “I want him to sign and he has to make a decision, but January is coming.

“If the two parties can’t agree a deal, then what can you do?

“I never get involved in the money side of things. But it’s not a case of take it or leave it.” Sylvain Marveaux On The Verge Of Joining Liverpool