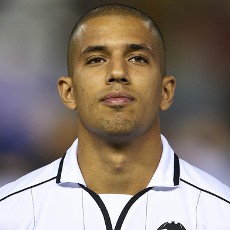 Interesting transfer news are out claiming that Liverpool are interested in Valencia attacker Sofiane Feghouli.

SuperDeportes claims that the Premier League giants have made contact with the player’s representatives – just at a time when Valencia were frantically trying to extend the winger’s contract.

The 22 year old’s current deal runs out in the summer of 2014, so a January transfer may be the best option for the Mestalla outfit if Feghouli decides to play hardball over an extension.