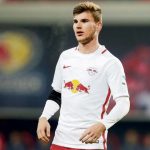 Reports have emerged claiming that Liverpool are believed to be watching RB Leipzig’s Timo Werner.

The 21-year-old striker has been in sparkling form for Leipzig with 14 Bundesliga goals this season since joining from VfB Stuttgart for £8million.

Liverpool scouts have been closely monitoring Leipzig players for about a year and it is understood that Werner has emerged on their radar having scored 11 times in his past 14 outings.