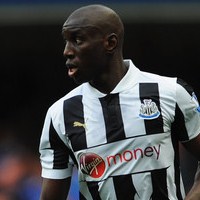 It has been reported that Liverpool are tipped to move for Newcastle United striker Demba Ba.

Reds legend Mark Lawrenson revealed that the Premier League giants they are short of striker options.

And he wrote in the Mirror: “Demba Ba at Newcastle will be another one that Liverpool have a look at in January. Alan Pardew has made public the fact that he has that £7.5million release clause and I was surprised at that at first.

“But then, after the problems being created by Ba’s agents and the people around him, I just wonder if it is a shot across their bows from Pardew to make it clear that he will not be dictated to by anyone.”