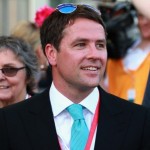 It has been reported that Michael Owen has stood by his assessment that Raheem Sterling is a better player than Mesut Ozil.

The former Liverpool star caused a stir on social media when he suggested that England youngster Sterling has more ability than the Arsenal ace.

Before Arsenal’s 4-1 win over the Reds on Saturday, Owen told BT Sport: “I would think so, they would find some way.

The comment caused plenty of debate on social networking sites but Owen was not about to rubbish his earlier claim.

“It seems my claim that Sterling is a better player than Ozil made some headlines today,” Owen posted on his Sportlobster account.

“Is there a debate? Not even close.”