It has been reported that Liverpool are close to finalizing the signing of Burnley striker Danny Ings. The 22-year old has come to terms with the club, but the deal is still subject to a medical. 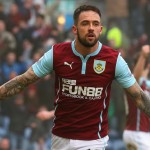 The club’s official website released a statement which read: “Liverpool FC are delighted to announce that they have agreed personal terms with Danny Ings and, subject to a medical, the striker will join the club on July 1 after his contract with Burnley has expired.”

The 22-year old Ings scored 11 goals in 35 Premier League appearances for Burnley last season, but they were not enough to save the Clarets from being relegated to the Championship.

Ings is set to become Liverpool’s second major signing of the summer after the Reds also signed up Manchester City midfielder James Milner on a free transfer. International soccer betting site topbet.eu has given Liverpool the fifth-best odds to win its very first Premier League title in 2015-2016 behind Chelsea, Manchester City, Manchester United and Arsenal.

Ings will look to improve Liverpool’s options at striker, a problem area for nearly all of last season. Raheem Sterling scored only seven Premier League goals after scoring nine in the 2013-2014 season. Sterling is widely expected to leave Anfield after publicly clashing with the club regarding a new contract.

Daniel Sturridge was blighted by a series of injures and could only manage 12 league appearances for the Reds all season.Meanwhile, big money signing Mario Balotelli, Rickie Lambert, and Fabio Borini combined for only four league goals last season.

Ings, who had also been subject to interest from Tottenham, Manchester United and Real Sociedad, is currently preparing for the upcoming European U21 Championships in the Czech Republic, which runs from June 17-30.