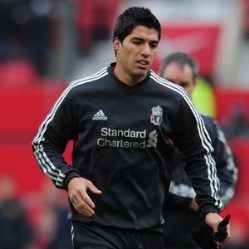 The Liverpool Echo says the Reds have no intention of selling under-fire striker Suarez – despite reports saying they want to off-load the Uruguayan this summer.

The 25-year-old’s Anfield career has been thrown into doubt after his refusal to shake Patrice Evra’s hand before Saturday’s league game with Manchester United at Old Trafford, sparked widespread condemnation and brought further negativity on the club.

Although it remains unclear if Suarez will face any club sanctions, it is expected Liverpool will not ostracise the Uruguayan and give him the chance to make up for the sorry episode.