Liverpool On The Verge Of Signing Daniel Sturridge 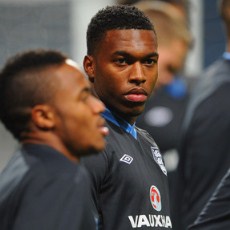 Reports are out claiming that Chelsea striker Daniel Sturridge is on his way to Liverpool.

The London Evening Standard reported that Chelsea have agreed to sell the 23 year old England international to Liverpool.

Chelsea will reinvest the funds from his £12million transfer as part of a spending spree on at least three players during the transfer window.

Chelsea are unwilling to off-load Sturridge until they find a replacement. Sturridge, who joined from Manchester City for £6.5m in 2009, has scored 24 goals in 96 appearances for Chelsea, but nearly half of those have been as a substitute and he has rarely played in his favoured position as a centre-forward.

Arsenal have also been linked with a move for Sturridge but appears to have dropped their interest in recent times.