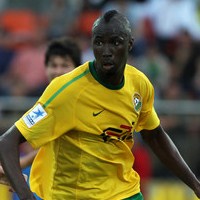 According to the Daily Express, Liverpool is on the verge of closing a £6.4 million deal on Kuban Krasnodar striker Lacina Traore.

The six foot, eight inches tall striker, who is originally from the Ivory Coast, is only 22 years of age and has played a total of 38 games scoring 18 goals since he joined them in 2011.

If the deal goes through, the former CFR Cluj star will become new Liverpool manager Brendan Rodgers first summer signing since taking over at Anfield. Gerrard Throws Down Gountlet To Liverpool Teammates Ahead Of Arsenal Showdown