Djurgarden defender Daniel Amartey has admitted that he is in talks with Liverpool. 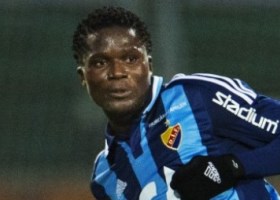 The Ghana U20 international is attracting huge interest across Europe after a superb season in the Allsvenskan in which he helped his side finish in seventh spot.

Reds boss Brendan Rodgers is keen to bring the 18 year old, a keen Manchester United supporter, to Anfield, something which the young star has confirmed.

“I have been in contact with the club,” he told Nyheter24.

“It’s a good club that I could play in.”