It has been reported that Liverpool chief Ian Ayre will meet with Barcelona officials today for the first round of talks over the sale of Luis Suarez. 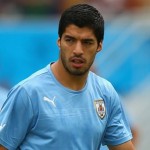 The Independent reported that the acquisition of Alexis Sanchez is a key part of the Premier League club’s demands.

The biggest transfer saga of this summer’s World Cup finals is by no means over yet, but there appears to be a consensus on both sides that Suarez will be a Barcelona player by the end of the transfer window. Wednesday’s meeting is the first official talks between the clubs on the Suarez-Sanchez deal.

Liverpool have set an £80m valuation on their banned striker, who is not eligible to play club football until November, and is still at his home in Uruguay.