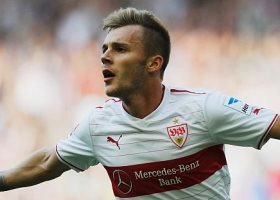 Reports are out claiming that Liverpool have opened talks with Stuttgart for Alexandru Maxim.

Russian media sources claims that the Premier League side have already opened negotiations with Stuttgart regarding a possible January deal for Maxim.

The Reds are eager to get an agreement put in place as quickly as possible with Borussia Dortmund also believed to be keen on the Romanian playmaker.