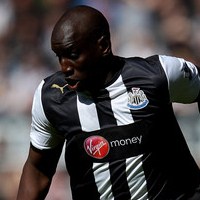 The Daily Mirror claim that Rodgers is considering a £7million swoop for the Senegal international striker.

It is said that the Newcastle striker will be allowed to leave St James’ Park in a cut-price deal before July 31 because of a clause in his contract.