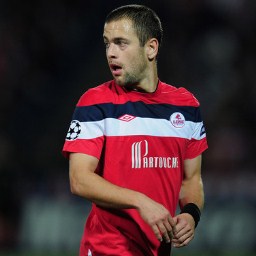 It has been revealed that Liverpool could use Joe Cole’s success at Lille to set up a swap for Eden Hazard.

The Mirror says if Cole sticks with Lille beyond his current loan spell with the title-challenging club, he could be a useful bargaining chip in any bid to prise Hazard, one of the hottest properties in Europe, away from the same club.

The Anfield outcast is increasingly influential at Lille and, after an outstanding midweek performance to put them in sight of qualification for the knock out stages of the Champions League, they want him to stay.

Hazard’s price will be the key to his future.

If Lille are serious about a £35m-plus valuation, then only a select few clubs such as Manchester City, Real Madrid and Chelsea could compete at that price. Of that trio, only the Spanish side have expressed any interest in the player.

Any less though, and it brings Liverpool into the equation, with the Anfield club well positioned after strengthening their ties with Lille through the Cole loan.