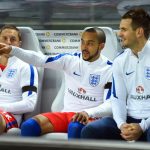 Reports are out claiming thatLiverpool are prepared to pay £25million to sign Theo Walcott from Arsenal.

That is the opinion of The Sun who are reporting that Jurgen Klopp’s Reds will offer the 27-year-old a pathway out of North London.

Walcott held talks with Gunners boss Arsene Wenger at season’s end and it is understood that the pair agreed the player would be competing for a place in the first team as a right winger, and not a central striker.

Sources tell The Sun that Walcott is searching for a fresh beginning and could be lured to Anfield on a four-year deal, but whether or not Arsenal are willing to sell to a direct rival is still to be seen.