It has been reported that Liverpool are prepared to meet Raheem Sterling’s new contract demands. 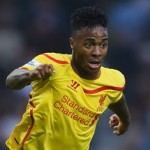 Brendan Rodgers had insisted that the England international winger would have to be patient about tripling his current £35,000-a-week contract.

The Kop boss had issued a warning about giving young players too much, too soon.

But there is now an acceptance inside Anfield that they must hand Sterling a deal to reflect his exploding value in the transfer market and importance to the club.

Liverpool Closing In On Gervinho And Park Chu-Young Jon Flanagan On The Verge Of Signing New Liverpool Contract