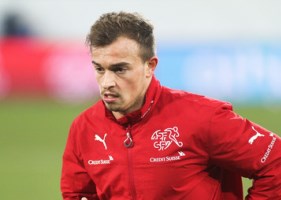 The Daily Express reported that the Reds are preparing to bid for Shaqiri as they bid to capitalise on their return to the Champions League.

The 22 year old Switzerland international is known for his versatility and can operate in a number of offensive roles.

Bayern are braced for a bid in the region of £15m.