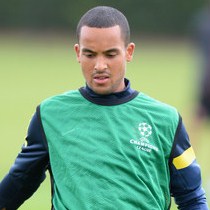 Reports are out claiming that Liverpool face a battle luring Arsenal winger Theo Walcott away from London.

According to the London Evening Standard, talks are ongoing between the Gunners and Walcott’s representatives over a new five-year deal worth £75,000 a week.

It is understood Walcott’s preference remains to stay in north London but he has become increasingly disillusioned with his role in the team.

Liverpool are closely monitoring the situation and are prepared to table a bid in the region of £7m.

Walcott is currently sidelined with a chest injury sustained on international duty and will miss tomorrow night’s Champions League clash against Schalke 04 at the Emirates.