Reports are out claiming that Liverpool are ready to raid crisis-hit Southampton for Jay Rodriguez. 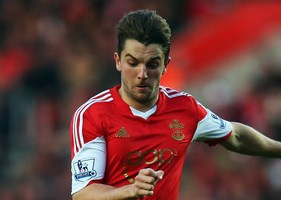 The Daily Star claims that the Saints are in turmoil after chairman Nicola Cortese quit the club.

And he could be followed by boss Mauricio Pochettino, who has always insisted he would step down if the man who appointed him left.

If Pochettino does leave, it could spark an exodus of top St Mary’s stars including Rodriquez.

Liverpool owners have a policy of signing young talent and the ex-Burnley man fits the bill.

Southampton signed Rodriguez for £7m back in 2012.