Reports are out claiming that Liverpool are preparing a massive bid for Benfica attacker Rodrigo Moreno. 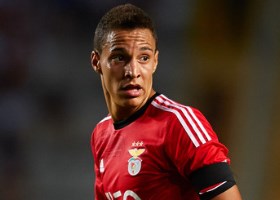 The Mirror claims that Liverpool are plotting a £25million summer swoop for Benfica striker Rodrigo.

The 23 year old has been in fine form this season with 10 goals so far.

He scored in Benfica’s 3-1 win at Spurs last week in the Europa League.

Reds’ boss Brendan Rodgers is monitoring Rodrigo closely this season and is ready to step up his interest in the summer to get his man.