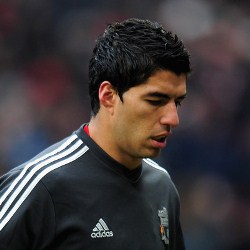 It has been revealed that Liverpool may fine Luis Suarez for his behaviour at Manchester United.

The Daily Mail says while the FA will not pursue the matter further, Liverpool are exploring the prospect of taking disciplinary action against the Uruguayan and will impose a fine if he is found to be in breach of his contract.

Suarez was accused by managing director Ian Ayre of misleading the club over his intention to ignore Evra’s hand and Dalglish was dismayed that a player whom he has so often supported could let him down so badly.