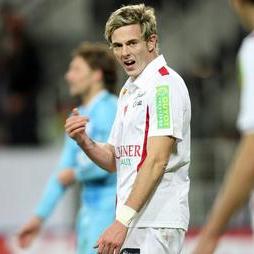 The 23-year old, who has been scoring goals at will for Stade Brest in recent seasons, has emerged as a target for the Reds who may make a move for him this week according to France Football.

Reports suggest that Reds director of football Damien Comolli and manager Kenny Dalglish are very interested in Roux and could pay around £7.1million for his services.