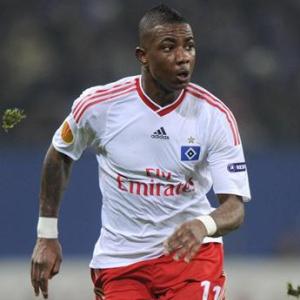 Transfer news from the Premier League is out and it has been reported that Liverpool boss Roy Hodgson is ready to make a move for Hamburg attacker Eljero Elia.

It has been said that the Dutch international is on the outer at the German Bundesliga club and could be on his way to Anfield..

Daily paper Morgenpost has suggested that the Reds have thrown in a £13million bid for the 23-year old and other reports have indicated that Elia has already agreed personal terms with the Merseyside club.

The former FC Twente star is expected to provide some spark in the Liverpool attacking third if he indeed does happen to come to the club.