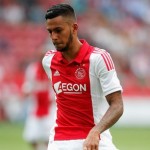 Reports are out claiming that the agent of Ricardo Kishna feels the young winger needs to leave Ajax.

The midfielder is rated highly inside Dutch football.

Raiola said: “Ricardo is a completely distinct and strong personality. I do not think, from a distance, that (coach Frank) De Boer and Kishna understand each other well.

“And so it becomes a problem.”

Raiola added: “I think it is best for his development that he leaves Ajax.”

Liverpool, Manchester City and Real Madrid have been linked with Kishna this season.

Juventus and Manchester City have also been urged to take a close look at Kishna leading up to the summer market.